Join the Campaign to Publish The Anglican Way 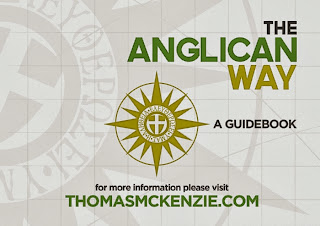 The Anglican Way: Indiegogo from Thomas McKenzie on Vimeo.


Join the campaign to publish The Anglican Way, and give it away!

As you know, I’m the pastor of an amazing Anglican church. Church of the Redeemer is largely made up of people who were not raised as Anglicans. Visitors, newcomers, and members alike often ask me for a guidebook to Anglicanism. Sadly, a practical and up-to-date introduction to Anglican Christianity does not exist. That's why I decided to write one.

I have written The Anglican Way, a guidebook to Anglican worship, theology, and practice. Now I want to get this book into the hands of the people who have been asking for it. If you’re interested, you can get a sample of the book by going here: http://tinyurl.com/AnglicanWaySample.

I’ve decided to make the book available for free in digital form. This book isn’t really mine, it belongs to the Church. The most important thing to me is that people get a chance to read it.

In order to produce a quality product, both digitally and in print, I’m starting an Indiegogo campaign. Indiegogo is a website that helps fund independent projects. Since it launched in 2007, thousands of projects have come into being through Indiegogo. Indiegogo is a “crowd-funding” website, much like Kickstarter (if you’ve heard of that). I have good friends here in Nashville who have released albums, published books, and even produced movies through crowd-funding.

Here’s how it works.  Anyone in the world can go to my Indiegogo page to make a pledge. Folks can choose from a variety of pledge levels, each offering a different incentive. When the campaign is over, the book will be published. If we do better than the minimum goal, we’ll be able to do things like recording an audiobook and giving away physical copies.

Another great way you can join the campaign would be to e-mail the link to other people who might be interested. If you’re on twitter or facebook, I’d love for you to let your contacts know about it.

Get The Anglican Way

The Anglican Way Blog by Thomas McKenzie is licensed under a Creative Commons Attribution-NonCommercial-NoDerivs 3.0 Unported License.
Based on a work at www.TheAnglicanWay.com.